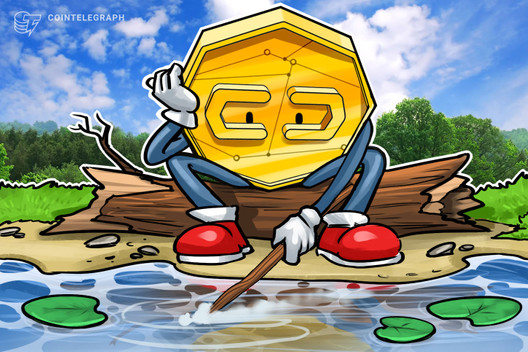 Last week, the Bitcoin news was all about lift-off. This week, it’s all about the leveling off. Bitcoin ends the week around $11,400, a fall of about 2.7 percent over the last seven days. That drop included a correction of $700 in one day so the question now is whether the bullish moment has gone or will Bitcoin push on to $15,000?

Its first mission will be to break the resistance at $12,000. Bitcoin failed to do that twice in ten days but consolidated after each failure, which some experts believe is evidence of a continued bull run.

MicroStrategy, a publicly-traded business intelligence company, certainly hopes so. The firm has spent $250 million buying 21,454 Bitcoins to use as its primary reserve asset. MyCryptoWallet and MyEtherWallet co-founder Taylor Monahan has some advice for MicroStrategy, and for anyone else wondering how to manage their investments during a bull run. Pick a few long term coins, she says, don’t risk more than 5 percent of your net worth and if you lose it all, don’t try to recoup your losses.

If you are going to buy, though, make your purchase on Sunday night. According to new research, that’s when Bitcoin sees the highest returns, helped by low volumes and high volatility.

It’s not just Bitcoin that’s doing well, though. The token sale for the NEAR Protocol DApp had to be postponed for a day after CoinList, the exchange hosting the offering, was overwhelmed by traders. Adam Back thinks those buyers should back off. Bitcoin is enough, he says, and Satoshi should stay hidden.

One person who is being kept hidden, though, is Andrew Yang. The former presidential candidate and blockchain advocate isn’t included on the DNC speaker list. That could be a huge oversight. Grayscale, a cryptocurrency investment firm, is broadcasting an ad on CNBC, MSNBC, FOX, and FOX Business, among others. The ads may do to crypto investing what Merrill Lynch’s 1948 New York Times did for the popularization of stock investing.

One aspect of the blockchain that new investors will need to bear in mind is China’s dominance. China holds most of the world’s Bitcoin mining capacity, which could let Chinese miners take control with a 51 percent attack. Jameson Lopp, the co-founder and CTO of Casa, isn’t concerned. Attackers couldn’t steal Bitcoins, he noted, and any attack would also lower the value of their own holdings.

But threats don’t only come from China. India is the world’s capital of call center scams, and those scammers are also now targeting cryptocurrency investors. Don’t expect Google to protect us though. The company is struggling to weed out fraudulent ads from scammers. The ads lead to a cloned Uniswap page which then demands secret login information. At least one victim has lost $30,000 to the scam.

Tor isn’t doing much better. A vulnerability in the secret, government-made browser might have let attackers steal Bitcoins from users. On the other hand, police have arrested a UK sheep farmer for allegedly trying to extort a supermarket chain. Nigel Wright is said to have told Tesco that he had contaminated baby food. He’d only reveal the location of the food in return for $1.8 million in Bitcoins. The farmer is reported to have been part of a group who felt that Tesco had underpaid them for goods.

In better news, a new report explains how the recycling industry could benefit from the blockchain, and enterprises appear to look to be public blockchains as the technology matures.

And finally, John McAfee’s claim that he had been arrested in Norway for using a thong as a face mask was exaggerated. The software mogul and blockchain enthusiast later admitted that he wasn’t in Norway, and claimed he was in Belarus.

It’s not only the Bitcoin market that’s known for its bull.

Check out the audio version here:

Bitcoin has become nothing but the new Che Guevara T-shirt