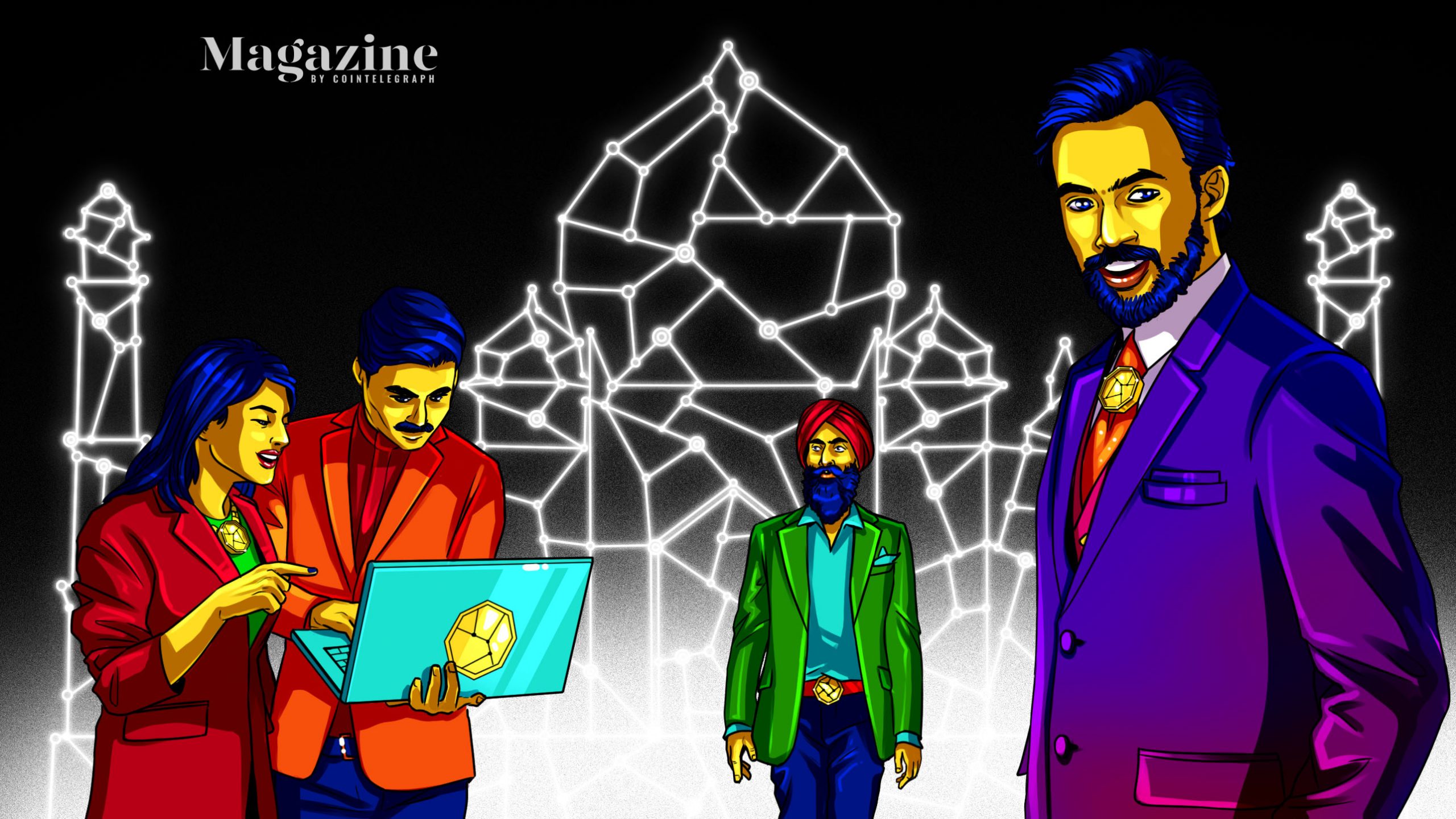 Digital assets appeared to be leaving India behind. Just four years after the advent of Bitcoin, hopes of a thriving crypto-economy in one of the world’s most populated countries were fading rapidly.

“Regulation comes only when people are doing certain business, and we come to understand that something wrong is happening,” said the Reserve Bank of India’s then Deputy Governor, KC Chakrabarty in 2013, warning the public against the sale and issuance of cryptocurrencies.

“First of all, we don’t understand this subject.”

Over the next few years, the RBI continued to issue several more warnings to banks, businesses, and the general populace, doubling down on their claims that cryptocurrencies posed systemic risks to the nation’s economy. On paper, things looked terrible for crypto in India. In reality, the business was booming.

Cryptocurrency exchanges in India saw unprecedented volumes in 2017 when Bitcoin was at its most valuable. Later that year, Indian online payment gateway and billion-dollar company BillDesk launched its own exchange, Coinome, further clarifying the country’s sentiments towards the reserve bank’s warnings.

A petition was signed by exchanges against the Reserve Bank, and the Delhi High Court issued a notice to RBI regarding the petition. Kunal Barchha, co-founder and CEO of cryptocurrency exchange CoinRecoil, even wrote a letter to Indian Prime Minister Narendra Modi in an effort to find a solution.

While the petition gradually wound its way into the hands of the Supreme Court, the RBI stood their ground, approving income tax raids on several exchanges and forcing many crypto-based businesses out of the country. So this year, on March 4th, when the Supreme Court rejected the RBI’s proposed ban on the trade and use of cryptocurrencies, it’s perhaps only a slight exaggeration to suggest that an entire nation rejoiced.

Yet the lack of a clear regulatory framework continues to make India a risky place in which to invest.

Despite the Supreme Court’s verdict, there are still several issues that need to be addressed before the crypto market can truly reach its full potential. While the judgment against RBI provided some relief to crypto enthusiasts, it didn’t eliminate the hostility banks continue to generate towards the crypto space.

Reports show that certain banks still refuse to provide services to individuals and businesses dealing in cryptocurrencies. Some of them have even resorted to freezing accounts whose owners were found participating in peer-to-peer sales, and blocking international wire transfers from blockchain and crypto-based companies.

The banks defend this behavior by claiming they are awaiting an official notice from the RBI, practically disregarding the judgment of the Supreme Court.

Belavadi Technology Solutions recently received a blockchain patent from USPTO for innovation in Bitcoin script usage, which could allow for reversible transactions on the blockchain. Instead of India, Belavadi is planning to launch in Australia or Singapore due to uncertain regulation in the country. Ramesh BN, Belavadi Director said:

“We are not willing to risk customer funds while the RBI flip-flops policies. Since the RBI has not announced any official policy for sending and receiving crypto, it is unclear how to do so without violating the law. We are preparing to move an injunction against the RBI in the Delhi High Court.”

Back in the saddle?

The official green-light from Indian authorities has caused a surge in trade volumes on domestic exchanges, and rekindled many businesses that had wound down operations in light of regulatory concerns. Indian crypto-enthusiasts don’t have to rely on loopholes to manage their digital assets any more, while businesses and exchanges no longer need to worry about being stifled by harsh regulation.

In response to a Right to Information filing (RTI) by Unocoin co-founder BV Harish, the RBI even clarified that there would no longer be any prohibition on banks providing services to businesses dealing in cryptocurrencies.

The National Association of Software and Service Companies (NASSCOM) also commented on the Supreme Court’s verdict, stating, “We welcome the Supreme Court’s decision to lift RBI’s ban on trading in cryptocurrency. We believe that banning tech is not the solution, a risk-based framework must be developed to regulate and monitor cryptocurrencies and tokens.”

Post-verdict, global cryptocurrency exchange giant Binance announced a $50 million fund for investing in crypto and blockchain startups in India. They also acquired major Indian exchange WazirX, and became a member of the Indian Tech Association, a key organization that aided in the Supreme Court’s rejection of the RBI’s proposal.

From what once appeared to be bleak prospects, India’s crypto industry is marching forward to bring one of the biggest technological revolutions of our time to the country. With reports suggesting that cryptocurrency trading has seen a 400% uptick during the COVID-19 lockdown, there is high potential for India to become one of the most valuable players in the global crypto economy.

Earlier this year, celebrated American venture capitalist Tim Draper, who had been vocal in his criticism toward the Indian government regarding their consideration of a crypto ban, announced plans to invest in a number of promising cryptocurrency-based startups in the country.

An ecosystem enjoying the Indian summer

According to founder and CEO of BloqueLabs Vikas Singh, cryptocurrencies are capable of bringing incredible value into the country. “It is not by chance that we’re one of the top countries for the inward remittances,” he said.

CoinDCX, India’s largest cryptocurrency exchange, recently revealed that it had raised $2.5 million in funding from Polychain Capital and Coinbase Ventures, the investment arm of Coinbase, and is looking to encourage crypto adoption in India with its ‘#TryCrypto’ campaign.

Meanwhile, OKEx announced that despite the current confusion, it would press ahead with plans to launch a fiat on-ramp. OKEx CEO Jay Hao told Cointelegraph that he remained encouraged  that a blanket ban was unlikely to pass.

“We are willing to support our Indian partners and are hopeful that we can work with regulators to clarify their main doubts and issues with cryptocurrencies and help build a framework that allows this booming industry to continue to flourish.”

PocketBits also published a post providing clarity about the laws surrounding cryptocurrency trading. Meanwhile, Zebpay, a major Indian exchange that had been forced to shift its base of operations due to regulatory concerns, has also returned to the scene with zero fees on select crypto trading pairs.

Just months ago, San Francisco-based exchange behemoth Kraken announced its recommitment to the Indian crypto market following the Supreme Court’s verdict. Other international exchanges like Crypto.com, Cashaa and OKEx have also started campaigning around the nation.

A P2P exchange, CXIHub, has introduced some of the lowest trading and wallet fees in the market to incentivize more users to invest in cryptocurrencies. Reports from LocaBitcoins shows India has been in the top ten list of countries with the most trade volume on the P2P exchange this year.

Blockchain and crypto startups like MATIC, Unocoin, BloqueLabs, and WazirX have been active on social media channels and discussion forums, keeping the public up to date with the status of regulation surrounding crypto. Community building companies like Octaloop, IBC Media, Inblox, and Blocuen Studios have also kept up in maintaining and engaging with crypto communities on various platforms.

Crypto news media websites including Blockmanity, Coingape, Coinpedia, AMBCrypto, and Bit2Buzz have been thriving in India. In particular, CoinCrunch and CryptoKanoon go the extra mile to make sure the news people get is reliable and trustworthy.

But the struggle is far from over.

The fight for a billion users

The Economic Times recently published an article citing an anonymous government source who claimed that a ‘cabinet note’ has been circulated which may seek to reverse the Supreme Court’s current stance. Other rumors suggest the government could attempt to outlaw the mining and trade of cryptocurrencies altogether in favor of a blockchain-based “digital rupee”. And Cointelegraph reported a government official as stating that the government was considering banning crypto through legislative change: “Once Parliament resumes for the session, we are hoping to get [the law] ratified,” the official said. Parliament is expected to reconvene in late August or early September.

Just a couple of weeks ago, former finance secretary Subhash Chandra Garg proposed that cryptocurrencies should be regulated as commodities, while standing by his earlier recommendation that private digital assets should be outlawed.

Industry leaders are skeptical about these claims, and believe that the government is fleshing out a regulatory framework for cryptocurrencies rather than attempting to ban them. They are also far more concerned by how the regulatory uncertainty is smothering attempts to innovate in the country.

According to Abhishek Bourai, founder of cryptocurrency exchange CXIHub, despite the RBI warnings in 2018 Indians never stopped trading cryptocurrencies completely. The lack of regulation, however, has prevented numerous initiatives from progressing:

“International investors are wary of investing in a blockchain company that is incorporated in India. This is why we are taking our business to a more crypto-friendly jurisdiction and bring our trading and B2B services to the market”

Even companies that do not trade in cryptocurrencies are being affected. Cypherock, an Indian hardware wallet company, also faced struggles with setting up their payment gateway due to hostility from banks.

“The bankers were skeptical of the business and how it closely works with the crypto industry. Thankfully, we were able to navigate through that,” said Rohan Agarwal, Cypherock co-founder. “If this continues, it will definitely be a net loss since the industry will lose its credibility, and our business is definitely going to be affected.”

Sumit Gupta, CoinDCX CEO claims that they have not faced any issues with banks or the RBI since the Supreme Court verdict. In fact, CoinDCX witnessed a 47% growth in trading volumes, 10x growth in signups on the exchange, and 150% growth in daily active users in Q1 of 2020 alone:

But creating robust regulation may be one step further down the line. “This isn’t about what the regulation should be, but more like who the regulators should be,” said Naimish Sanghvi, founder and CEO of Coin Crunch India.

“Who will take up that additional responsibility? SEBI, RBI, a new wing? Until that is clear, it’s a Schrödinger’s Cat-like situation.”

And it’s not just innovation that’s being hampered. The lack of regulatory clarity gives criminals an opportunity to strike. London-based exchange Cashaa was recently hacked, and 336 Bitcoins were reportedly stolen from their Blockchain.com wallet.

Cashaa claims they suspect the hacker was from East Delhi, and this information has reached authorities in India. However, there is no clarity on what action was taken due to the lack of regulation and protocols for these situations. Bitcoin worth $3.1 million was stolen, and yet no action has been taken in India so far.

These incidents not only deter people from entering the space, they also dissuade potential investors looking to fund blockchain-based startups in the country.

The path ahead for crypto in India

The Internet and Mobile Association of India (IAMAI) is allegedly working on a code of conduct for cryptocurrencies, with regulatory pointers for KYC guidelines and anti-money laundering protocols.

However, this does not change the fact that regulatory uncertainty has been detrimental to the growth of this industry, slowing expansion, adoption, and innovation. Countless businesses have been tirelessly working to spread the word and keep the masses informed, running the risk of being shut down on any given day due to uncertain banking laws.

But even in the face of pushback from authorities, it’s likely these companies will continue to campaign for crypto. Not just because there’s huge market potential, but because it’s a cause worth campaigning for.

And surely the last few years have demonstrated that the cryptocurrency industry in India is nothing if not resilient.