The United States stock market plunged as the Dow Jones Industrial Average (DJIA) dropped 358 points in pre-market trading. The Bitcoin (BTC) price dropped to as low as $10,374 across major exchanges, but a larger pullback is unlikely. 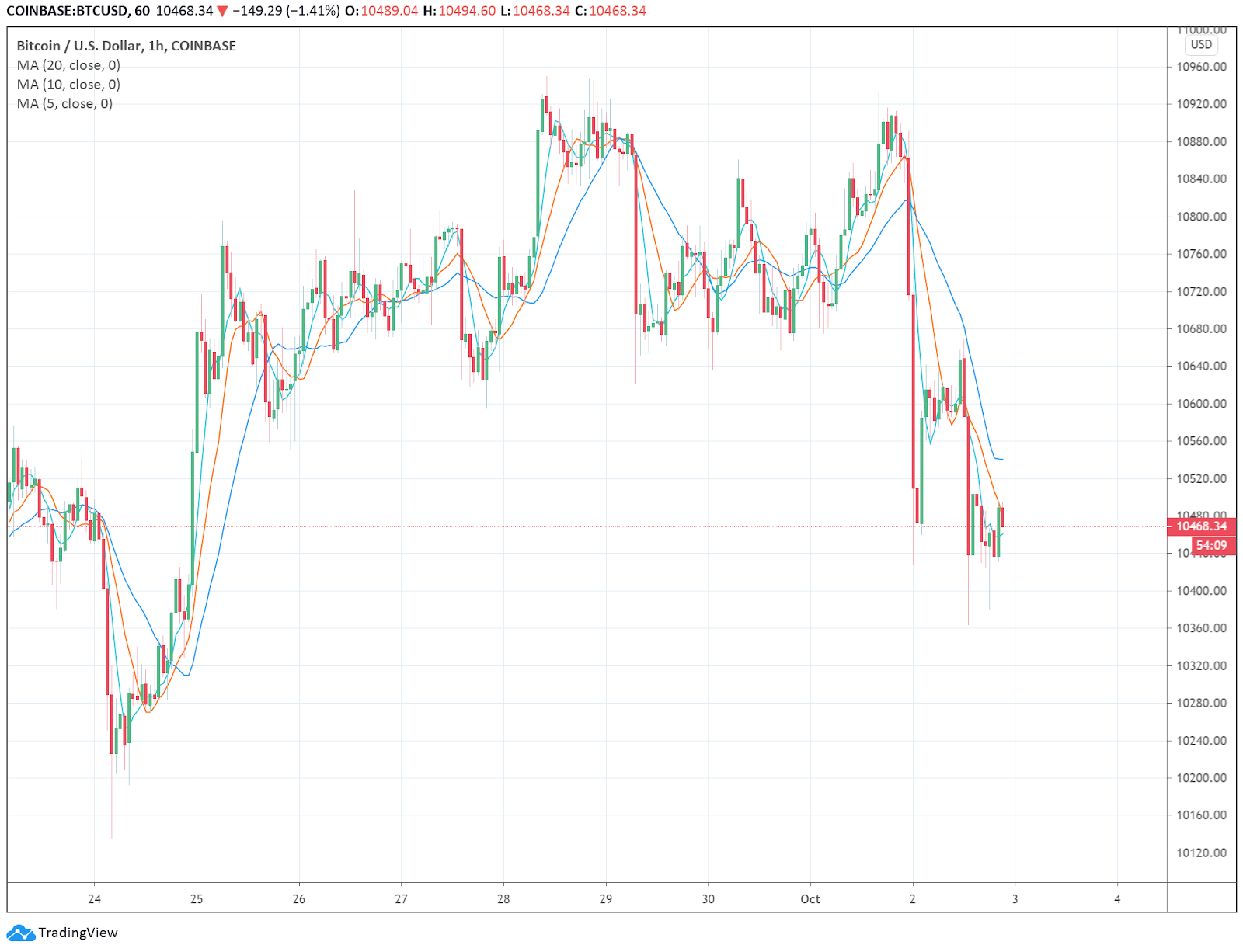 Three key reasons could buoy the near-term sentiment of Bitcoin. The potential catalysts are the likelihood of a stimulus package, BTC’s strong technical reaction, and the resilient $10,5000 support level.

A stimulus package is becoming more likely as a result

Throughout the past month, the Dow Jones has struggled to recover amid the resurgence of COVID-19 cases.

Various macro and political factors, including U.S.–China relations and the stimulus stalemate, added significant pressure on the Dow.

Since the Sept. 2 peak, the Dow has dropped 4.4%, according to Google Finance. Tech-heavy indices, like the S&P 500 and the Nasdaq Composite, posted larger losses of around 5.6%.

Tonight, @FLOTUS and I tested positive for COVID-19. We will begin our quarantine and recovery process immediately. We will get through this TOGETHER!

Although the news initially caused the markets to drop, it could cause the Republicans to reconsider the stimulus proposal.

On Oct. 1, the House Democrats officially approved a $2.2 trillion stimulus bill, including direct stimulus checks. The Trump administration and Republicans rejected it, stating that there many unnecessary elements in the deal.

But as the presidential election nears and the markets slump, it could cause the Trump administration to work towards the stimulus. When a stimulus gets approved, it will likely cause Bitcoin and the Dow to soar, potentially buoying BTC’s momentum.

Bitcoin dropped to around $10,380 on Coinbase when the Dow plunged by over 300 points in the pre-market trading session.

Since then, Bitcoin has seen a relatively strong recovery. BTC saw wicks below $10,400 on lower time frame charts but rebounded swiftly above it. BTC is now consolidating under $10,500, which has acted as a critical support level since early August.

A pseudonymous trader known as “Benjamin Blunts” said BTC is more correlated to stocks than gold. Considering the strengthening correlation, if stocks rebound after the initial market reaction, it could relieve some pressure from Bitcoin. The trader said:

“I think, once and for all we can all agree that #btc is not correlated to gold and is correlated to equities, no chopping and changing whenever it suits our bias, this is how it is now.” 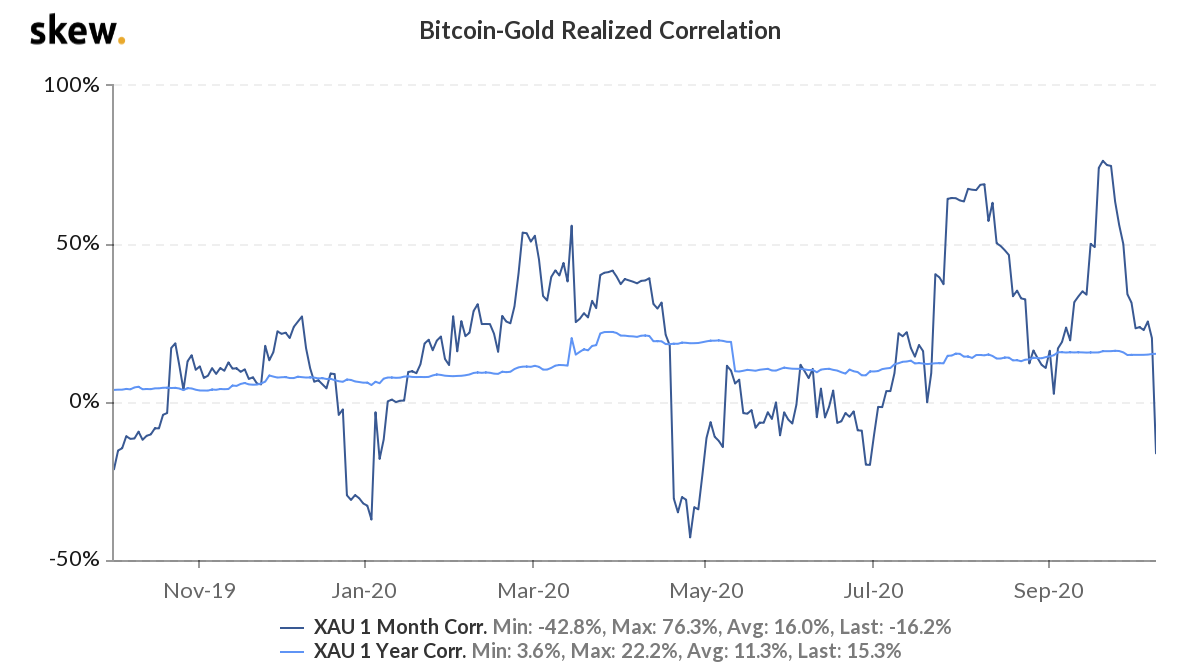 In the past two months, when Bitcoin consolidated just under a critical support level, it historically broke out.

Traders also suggest that the charges against BitMEX could turn out to be a non-event in the longer term. Cantering Clark, a cryptocurrency trader, wrote:

“In terms of order flow, while open interest took a beating on Mex for $BTC, I am not seeing much of a disparity between other exchanges LTF volume data and Mex. Pretty much still at parity for what the norms have been. Is this going to be a non-event?”

The confluence of analysts anticipating the BitMEX incident to have a lesser impact on Bitcoin in the near term and BTC recovering to the $10,500 support area maintains an optimistic medium-term outlook for BTC.

5 things to watch in BTC this week

Decentralized finance may be the future, but education is still lacking